Polyethylene glycols (PEG for short) are plastics, so-called polymers, which are used in many areas. They consist of long ether chains and have many useful properties.

How are they set up? 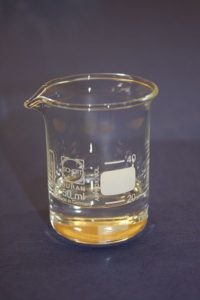 PEG is formed when polymerizing ethylene oxide, a highly toxic gas, by alkaline or acid catalysis. PEG has different chain lengths which give it different properties.

Where is PEG used?

PEG is used in medicine, as a carrier for tablets, tropics and dragees, as well as a laxative and antidote for hydrofluoric acid and nitrogen triflouride poisoning [2]. It is also used as a preservative for fossils to protect them from environmental influences [3], and as lubricants and release agents in industry [4]. It is used as a softener and base for ointments. It is found in cosmetics in creams, lotion, perfumes, deodorants, lipsticks, toothpastes, hair care products and bath products [5]. In addition, it is used for quick drying of precious woods.

Why is PEG used so often?

PEG is very soluble in water, up to PEG 35.000, which can still be mixed with 50% water, because of that it is a good drying agent, but also humectant, as well as a good emulsifier [6]. It also has a very low toxicity, which is why it can easily meet its medical applications [7]. It is biodegradable up to a molecular mass of 1500. From a temperature of 150 ° C it decomposes [8].

What is the problem with PEG in cosmetics?

PEG makes the skin more permeable, for ingredients of cosmetics, but also for possible toxins. We have to deal with toxins day after day, even if we do not notice it. Our body protects us from bacteria, viruses but also toxins, and our skin accomplishes this task by not letting any unwanted substances enter our bodies. Foreign substances, which our body recognizes as a danger, are prevented from entering the body via antibodies. For this purpose, the body expands the blood vessels of the corresponding skin site, increases the blood flow and sends messenger substances and enzymes to the affected area. This manifests itself as irritation or redness [9]. PEG weakens the natural barrier of the skin, which makes these defenses appear, but many times less effective. [10] Our body also struggles against so-called oxidative stress and ionizing radiation every day. In our atmosphere are free oxygen radicals (O-) and short-wave, high-energy rays such as UV rays, which attack the skin. These are neutralized via outer skin layers and the natural barrier, as well as enzymes [11]. If these protective mechanisms are damaged, radicals and radiation can damage the skin, but also penetrate deeper into the tissue and even cause cancer there [12]. 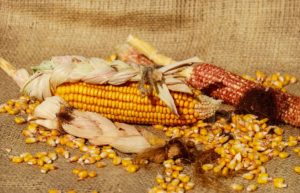 Yes, there are alternatives, even ones that you do not have to look for in nature. One of the most promising at the moment is the 2,4-Polysarcosine. It is 100% biodegradable, non-toxic, non-irritating, reddening or affecting the immune system. They are synthetic, therefore they can be tailor-made, and at present they have many possible variations [13]. A natural alternative is the propanediol, which can be made from corn syrup. It has similar water-soluble properties, can also be used as a surfactant for emulsions, and is not toxic. In addition, it promotes the absorption of active ingredients without damaging the skin barrier and has an antimicrobial effect, making preservatives superfluous [14].

Scientific article on 2,4-polysarcosine as an alternative to PEG [13]

Alcohol in cosmetics - What is alcohol and why is it used?

Fragrances in cosmetics - how harmful are they?